No-one anticipated a 2020 quite like this. While in Britain and Belgium we’re starting to see the light at the end of the lockdown tunnel, we’re acutely aware that other parts of the world remain in the midst of it, and the worst may not be over yet.

We’re thankful to have been able to continue our film impact activities during this time, and to have made steps forward with each of our projects. Here’s a quick roundup of what we’ve been up to in the last couple of months……

“I call on you to act quickly to ensure Syrian children are safe, and have clean food and water, healthcare, education and trauma support” – Dr Amani Ballour 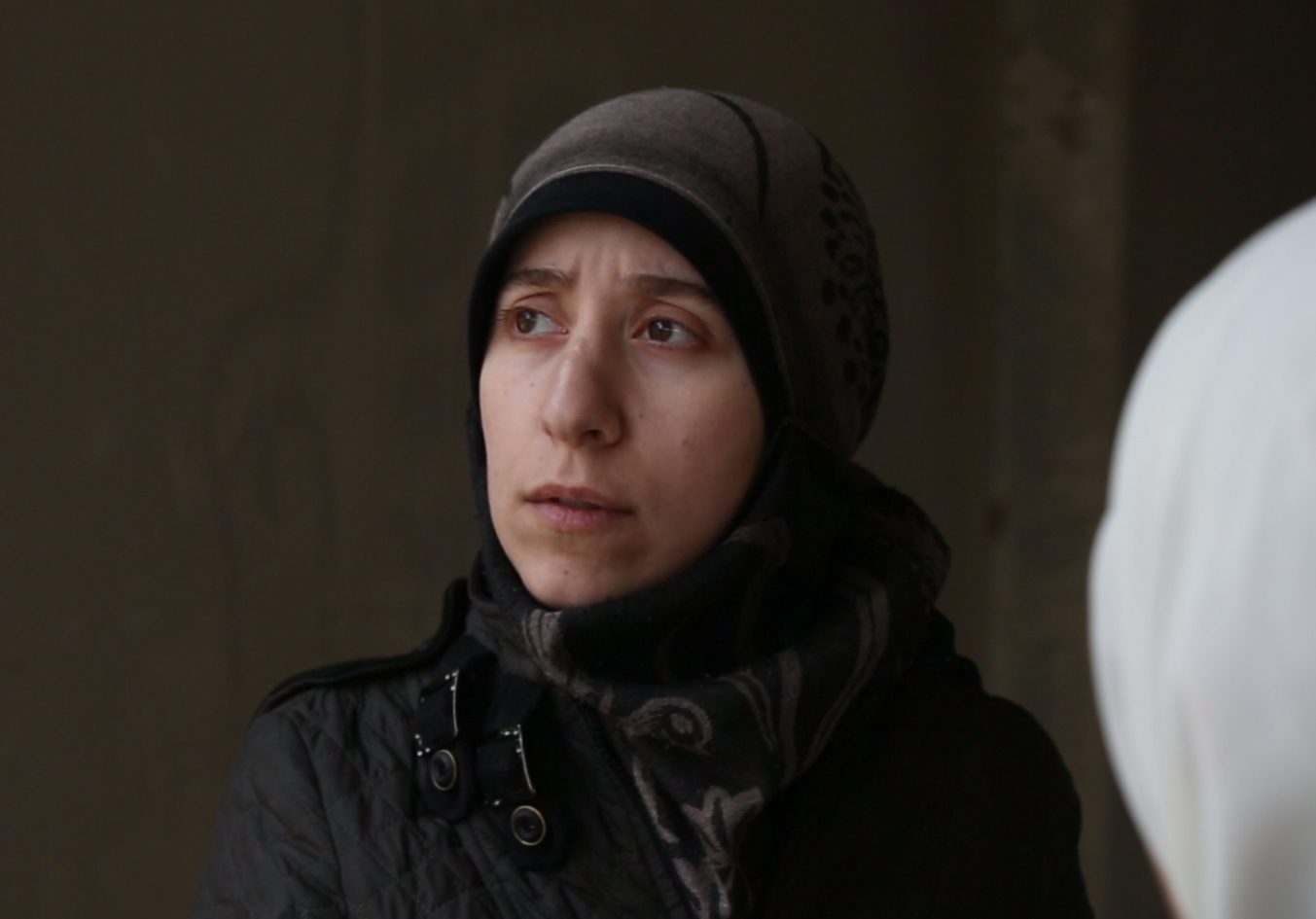 With courage and commitment, THE CAVE protagonist Dr. Amani continues to raise her voice on behalf of Syrian children before senior political leaders and we’re proud to help her do so.

At the beginning of June, Dr. Amani gave a keynote address at a high-level virtual conference convened by the UK House of Lords on the rights and welfare of refugee children. Led by The Earl of Dundee, Alexander Scrymgeour, Chair of the Parliamentary Assembly of the Council of Europe (PACE) Sub-Committee on Refugee and Migrant Children and Young People, and Lord Alf Dubs, UK Peer and Member of the OSCE Parliamentary Assembly Ad Hoc Committee on Migration, the conference discussed how best to protect unaccompanied child refugees across Europe and exchanged views on actions necessary to ensure co-operation for their safety and welfare.

Participants expressed thanks to Dr. Amani for her inspiring contribution, and in their press release urged greater collaboration between states to relocate unaccompanied child refugees quickly and prevent human trafficking.

The following week, Dr. Amani again shared her powerful testimony of defending human rights in war-torn Syria and repeated her call to action before a (virtual) room of senior EU officials.

The event was co-hosted for the first time ahead of the EU-UN Brussels Conference on Syria by the European Parliament Sub-committees on Human Rights (DROI) and Civil Liberties, Justice and Home Affairs (LIBE). It addressed the situation of the thousands of Syrian children in refugee camps and at increased risk because of Covid-19. Various speakers expressed their admiration for Dr. Amani and echoed her call to step up and protect the most vulnerable.

In closing the event, Maria Arena MEP, Chair of DROI, noted the need to take a children’s rights perspective and seek sustainable solutions for the future. She added that Dr. Amani’s intervention had allowed the European Parliament to realise the scale of the atrocities, valuably informing the actions that they will take.

See the press release here and watch the full event here (Dr. Amani’s speech can be seen from 9:39).

After our high-profile film events in February, the EU appeared to accept in principle the need for a strong PFAS action plan. However, there has been little movement forward since then, so there’s a need to keep up the pressure!

In May, as a follow-on to our successful online event, the European Chemicals Agency published a column by Robert Bilott which calls on the EU to create robust, fast-moving PFAS regulation that effectively controls their manufacture and use.

Chemsec’s corporate pledge is also continuing on a rapid upward trajectory.  20 companies have now signed up to the corporate pledge to say “No to PFAS” – we are pleased to see such firm and growing business commitment to ridding the world of these toxic chemicals. 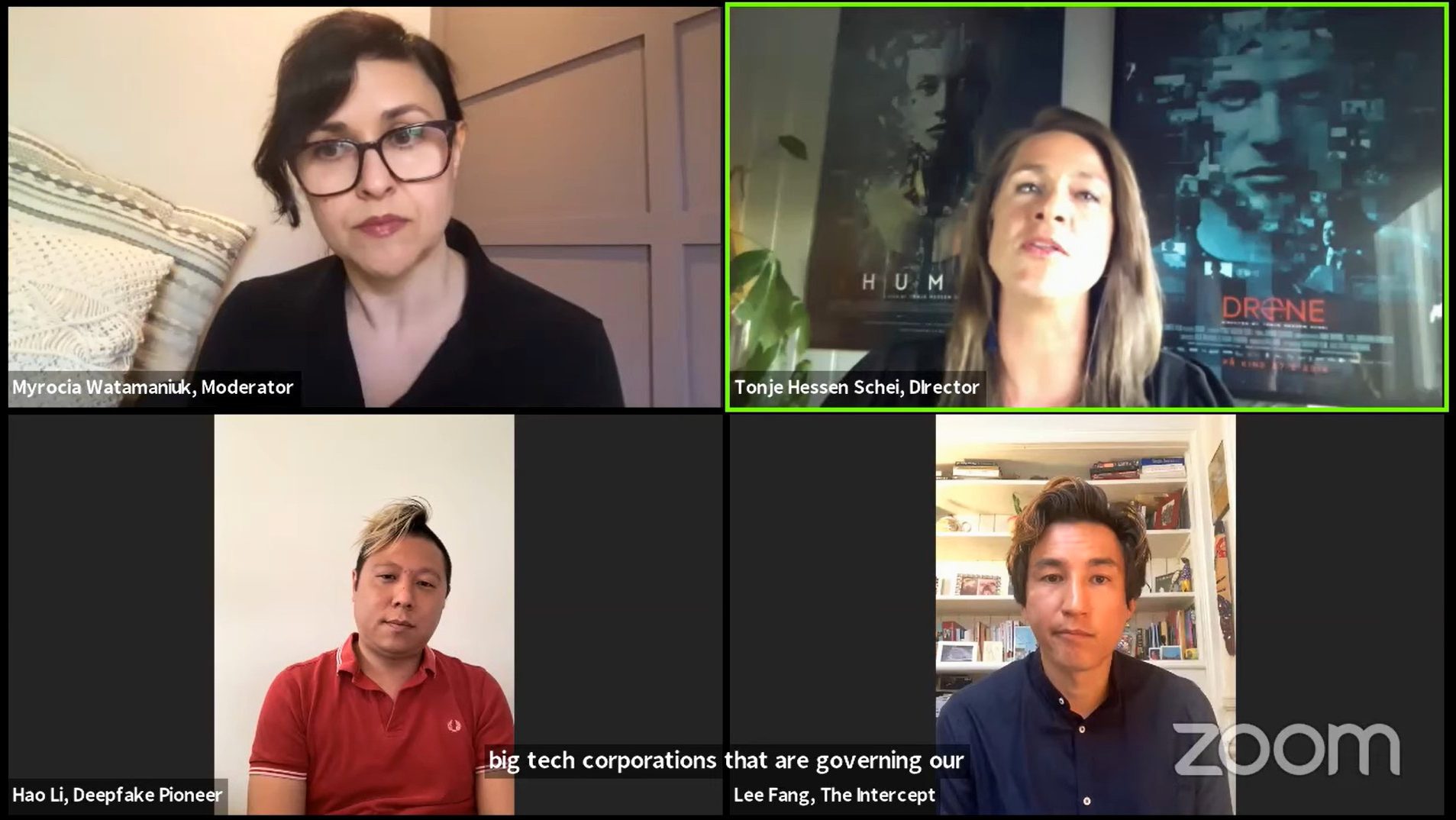 At the start of June, Tonje Hessen Schei’s deep-dive into the future of artificial intelligence technology had its North American premiere at Hot Docs International Documentary Festival. This included a fascinating Big Ideas Livestream panel featuring Tonje, deepfake pioneer Hao Li, and investigative journalist Lee Fang. Hear the discussion on how the most powerful and far-reaching technology of our time is changing our lives, our society and our future.

The film has also been nominated for Best Documentary at the Amanda Awards! The award will be announced as part of the Norwegian Film Festival in August. Congratulations to the whole team at iHuman and UpNorth.

“How would you feel if you had to leave your land?” – Carlon, Marshall Islands 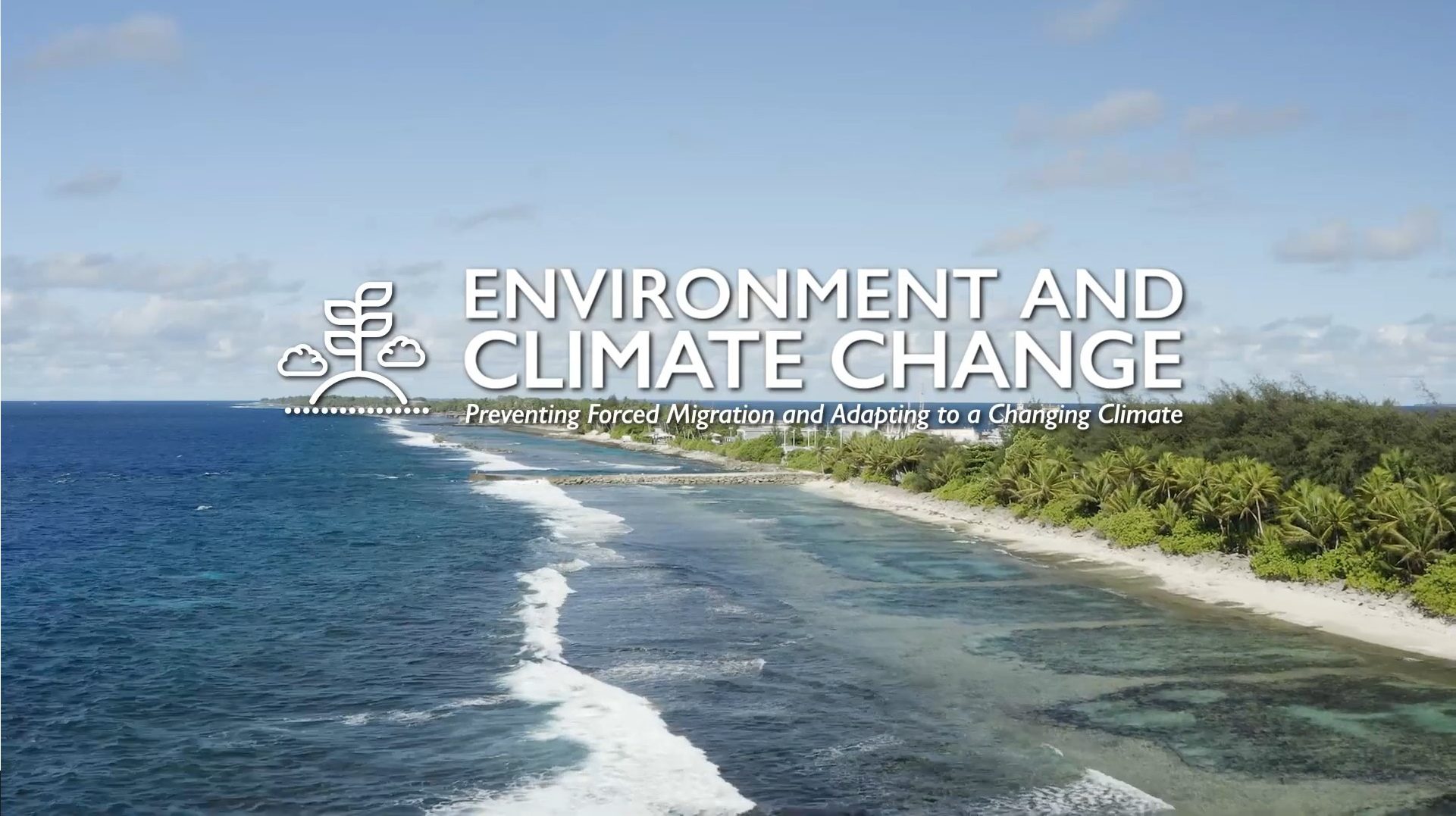 Covid-19 has rapidly accelerated global focus on the urgency of addressing climate change, especially with many activists and experts now pressing for green policies to form the basis of economic and social recovery plans. We’re pleased to play a role in informing these discussions through our collaboration with the International Organisation for Migration (IOM), which this month released another short film in their series on migration and sustainable development.

Co-produced by Think-Film, ‘Environment and Climate Change: Preventing Forced Migration and Adapting to a Changing Climate’ explores the effects that climate change will have on low-lying lands such as the Marshall Islands in the Pacific Ocean. It highlights in particular the culture and heritage that will be lost when islands need to be abandoned due to rising sea levels.

You can watch this short film here.

In these past few months it’s been wonderful to see the film impact community really coming together in a time of crisis to learn from and support one another. We wanted to take this opportunity to say we are proud to be part of an industry moving forward and shaping change through solidarity, creativity and innovation.